Just a year after taking SeaWorld Entertainment public, the Blackstone Group is once again reducing its stake in the theme park company.

The private equity giant plans to sell 15 million shares of SeaWorld in a secondary offering, according to a prospectus filed Monday. The move would drop Blackstone's stake in the Orlando-based company from roughly 43 percent to 25 percent.

At Tuesday's closing price of $31.87 a share, the offering would be worth $478 million. If all of the shares are sold, Blackstone's stake in SeaWorld would stand at 25 percent. It currently remains the single largest shareholder.

Last December, Blackstone completed a sale of 18 million of its shares in SeaWorld, which at the time sold at $30 per share, grossing $540 million. Before that offering, Blackstone's stake was 63 percent.

The move by Blackstone comes at an especially challenging time for SeaWorld, which has faced strong criticism in the last year for its longtime practice of holding orcas in captivity. The documentary "Blackfish," which has been seen in theaters and aired repeatedly on CNN and via Netflix, called into question SeaWorld's handling of killer whales, and more recently, state legislation has been introduced that would ban the use of orcas in performances at California theme parks.

SeaWorld Entertainment, however, pointed out during its recent earnings conference call that attendance at its SeaWorld-branded parks has not suffered as a result of "Blackfish." The company has hired some high-profile lobbyists to fight the bill, while its sponsor has brought on a prominent public relations team to push the legislation. 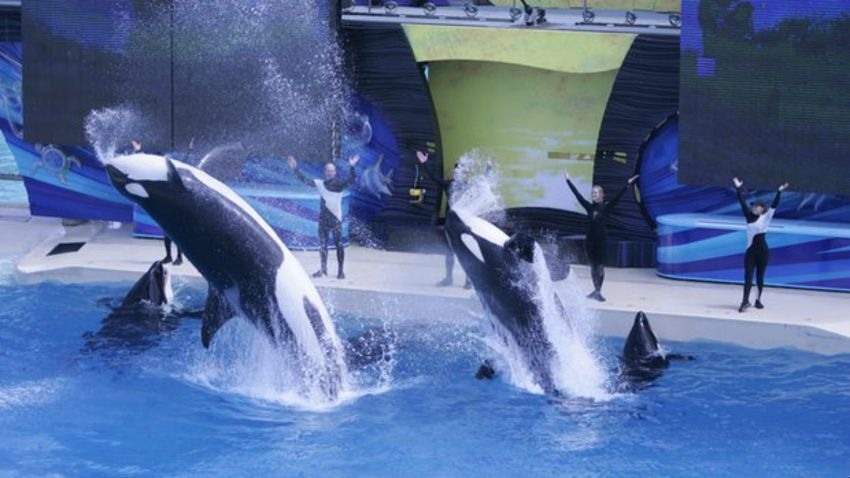