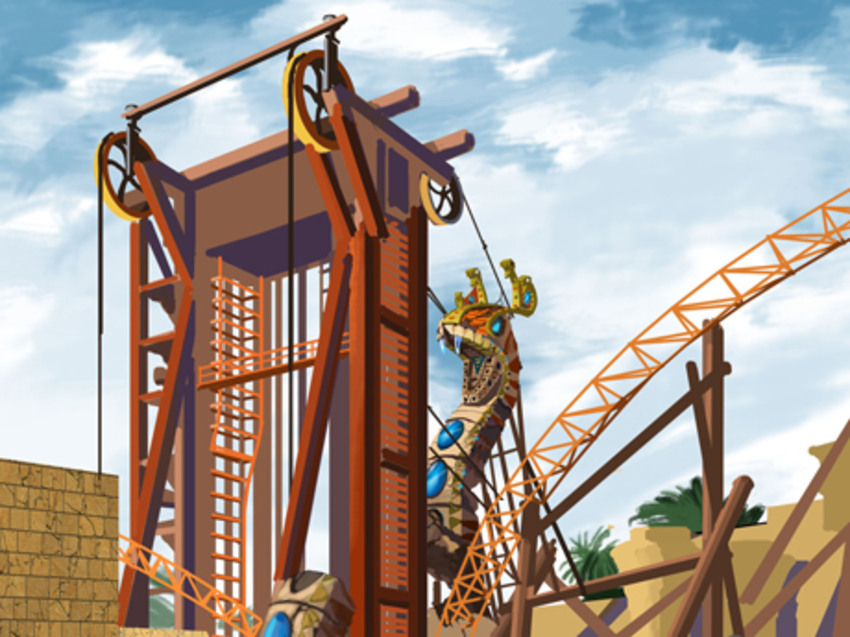 Busch Gardens on Thursday joined what is looking like an arms race of new thrill rides and roller coasters coming to Florida's I-4 corridor over the next year or so.

Officials unveiled plans for Cobra's Curse, which combines the free-spinning dizziness of a Tilt-A-Whirl with the ups and downs of a traditional roller coaster.

"There is nothing else like this in the world," said Mike Denniger, a senior director for rides and engineering with SeaWorld parks, the parent company of Busch Gardens. "It's been a significant investment for Busch Gardens, and been in the works for multiple years."

The ride will be in the Egypt section and will have an archeological excavation theme. Officials would not reveal what the ride will cost to build. Construction started in January. It will open sometime in 2016.

It will be the first new ride at Busch Gardens since Falcon's Fury, a 335-foot-high thrill attraction that drops riders face down that opened last summer. 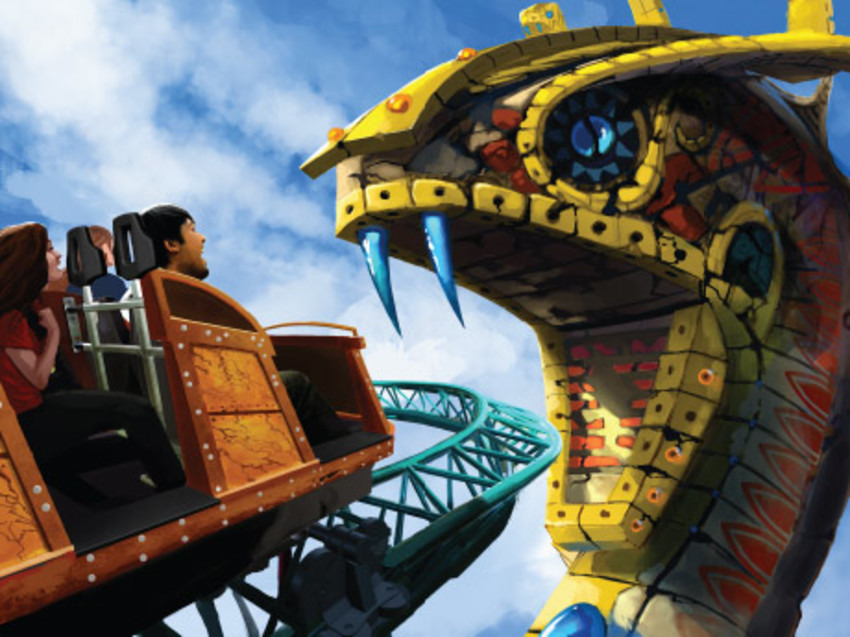 The coaster is also the latest in a slew of new attractions slated for Florida theme parks next year.

The Vue 360, a 420-foot-tall swing ride, will join the recently opened Orlando Eye Ferris wheel — the fifth-tallest Ferris wheel in the world — on International Drive in Orlando late this year or early next. The Skyscraper roller coaster, a 570-foot-tall "polecoaster," will join them at the $200 million, 495,000-square-foot Skyplex entertainment complex by 2017.

Two of the biggest theme park players in Central Florida — Universal Orlando and SeaWorld — will unveil new attractions next year, too.

Universal is bringing back King Kong. The brand new adventure ride will open in Islands of Adventure in summer 2016. Universal also plans to open a water park called Volcano Bay in 2017.

SeaWorld will open a new roller coaster called Mako next summer, which is expected to be the fastest, tallest and longest coaster in Orlando.

Is there enough demand for all these rides?

"Orlando is, of course, the mecca of theme parks in the world. And so far, it hasn't seen any burnout, and just continues to grow," said Dennis Speigel, president of Cincinnati consulting firm International Theme Park Services. "Tampa is a hybrid, which attracts tourists from South America but also depends on the regional and local market."

Florida has had record-breaking tourism, with 97.3 million visitors in 2014, the fourth year in a row the state shattered its own record.

It's no coincidence that SeaWorld Entertainment is debuting two new rides next year, Speigel said. SeaWorld has struggled in the wake of the 2013 documentary Blackfish, which was critical of how SeaWorld handles its killer whales. 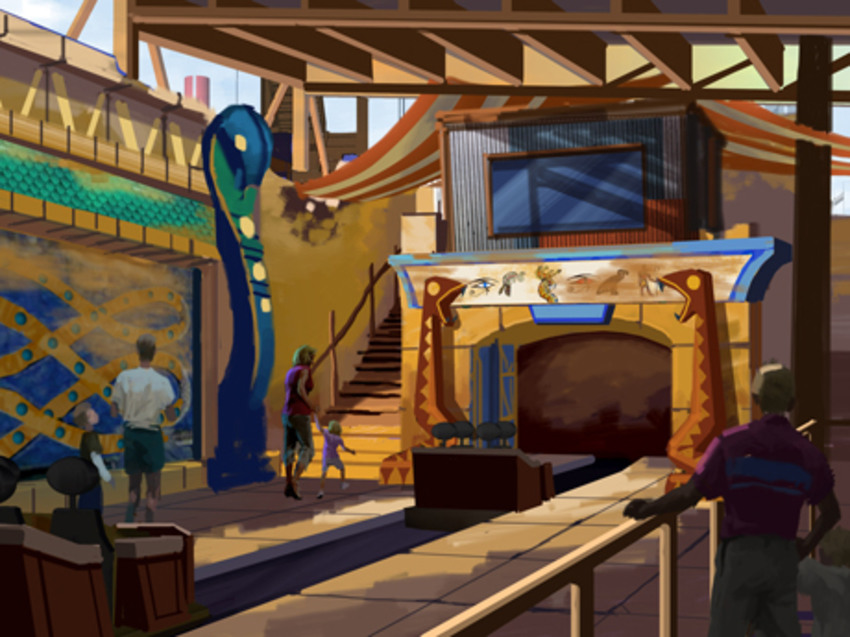 "There is no question that both rides are restitution for those parks," he said. "They know they need to have a broader message than just killer whales and dolphins. This is a way to do that."