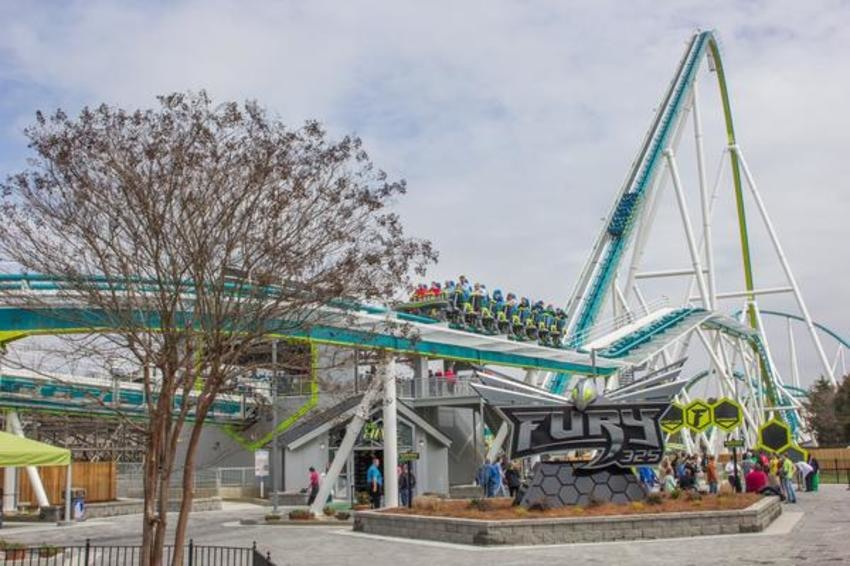 Riders will board one of three 32-passenger open air trains and begin their ascent to the top of a 325-foot tall hill (over 30 stories) followed by an initial 81-degree first drop. The train then races through a series of hills, curves and quick transitions while reaching speeds of up to 95 miles per hour along 6,602 feet of track.

Park officials gave Channel 9 a sneak peek of the giga-coaster in action before the sun came up. The official ribbon-cutting ceremony happened at 11 a.m.

People could place bids to be the first riders on Fury 325. Ninety-six people won rides, and the proceeds went towards the Cam Newton Foundation. Carowinds presented an $18,320 check to the foundation.

"Coming in August, we're going to announce a big splash for 2016," one official said before the ribbon was cut. Fury 325 is part of a planned $50 million multi-year investment to revitalize the park from top to bottom to celebrate Carolina culture.