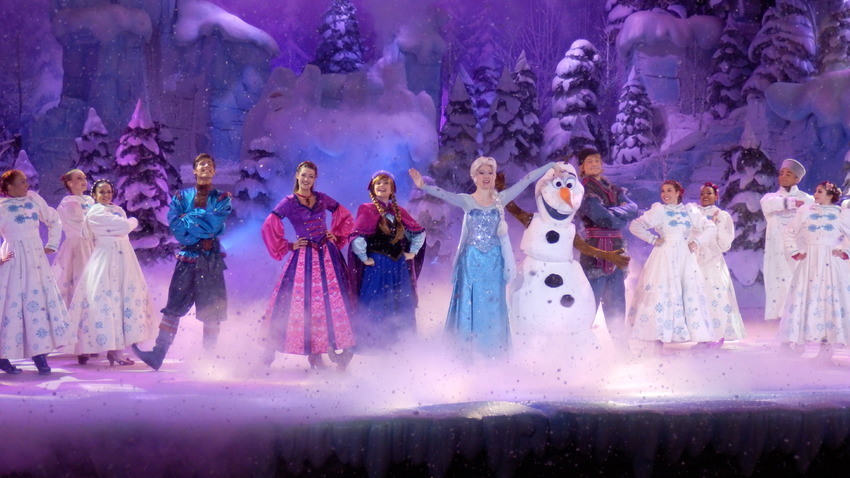 It has been a few years since the last performance of 'Tarzan' in the Chaparral Theatre at Disneyland Paris, and that stage had remained empty ever since. Until now! The Parisian park is immersed in a years-ahead plan to fulfill its potential as the best Disney park worldwide, and the new 'Frozen Sing-along' is a big step forward towards that goal.

I was able to get a preview of the new show ahead of its premiere this Monday, and I have to say I was surprised of how much I loved it (and having had a bit of a 'Frozen-overload' since the release of the film a year and a half ago, that is saying a lot). Beforehand, I was glad I could see it once during this visit, and now I'm going to try and see it everyday I'm in the parks in my next trips.

The show has its own story, instead of simply being a retelling of the events in the film. See, Anna is organizing a surprise for Elsa, a winter festival! But the choir that were to perform Elsa's favorite song is stuck on the mountains because of a snow storm, so Anna recruits the audience to help her. 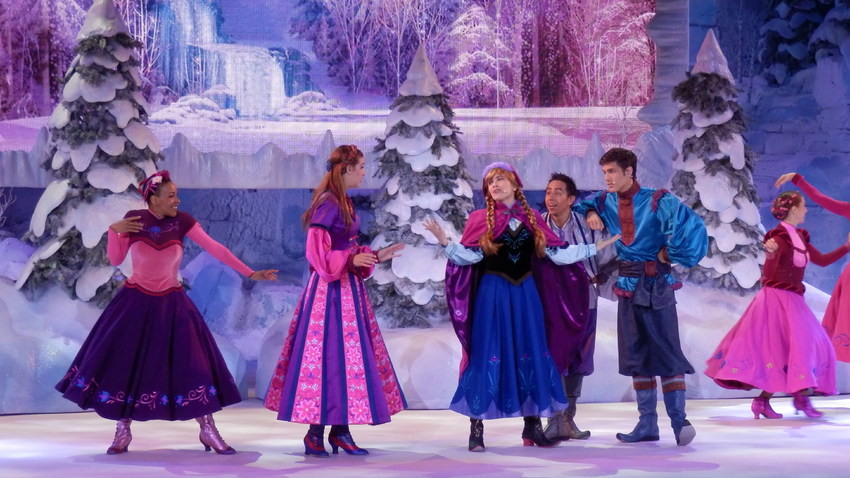 There were sing-along sections of all the fan-favorite songs of the film, but also parts of the show had the characters themselves (Anna, Elsa, Olaf and Kristoff) singing and performing, together with the two Arendelle presenters and the dance performers. And the final number (involving Elsa's favorite song - yep, that one) is an amazing show-stopping moment that really belongs in a Broadway show. The special effects involved with it are really top notch and something I had never seen in any of the parks I've visited.

There is a great deal of interaction with the audience. Some of the performers spend a large part of the show in the stairs next to the audience, so you can feel the show surrounding you. At some points, they actually bring a microphone up so some of the visitors can show off their singing skills, while a camera show their face in the screens onstage. In the most summery song, performed by Olaf, there are giant beach balls bouncing around over the audience. And the final special effects are not just limited to the stage, but cover the whole theater.

The scenography at the stage is awe-inspiring. It really transports you to the Arendelle winter since the first moment you step inside Chaparral. There are three screens to follow the lyrics in the sing-along parts, which are totally themed and immersed in the scenery, so they don't feel out of place at all. There are two versions of the show, in English and French, but the lyrics are in English, French and Spanish, so it makes it easy for a great percentage of the visitors to follow along. Also I noticed that the Spanish lyrics are not a direct translation (as sometimes happens), but the exact words that are sung in the Spanish-dubbed version of the film. And I'm sure the same happens with the French subtitles.

All in all, an amazing stage show that is going to be loved by everyone, 'Frozen' fans and good entertainment lovers alike. It's fun, it's interactive, it's spectacular — it has everything that you could ask for, and then some. Well done, Disneyland Paris. Now that you have great stage entertainment coming back to the parks, your future looks brighter than ever.