Visitors aboard Universal Orlando's Hogwarts Express will look out the windows and see Hagrid on his flying motorbike, the Weasley twins on brooms, Buckbeak the Hippogriff in action and the Knight Bus maneuvering through traffic, Universal revealed Friday. There will also be dementors.

Guests will be seated in cabins modeled after the train shown in the "Harry Potter" film series. Special effects in the windows will present animation representing a trip from Hogsmeade to London and vice versa.

The attraction's real world path runs through backstage areas between the parks, which houses offices, parking areas, soundstages and storage. It does not look like the English countryside.

Universal says riders boarding at King's Cross Station on the London side will "pass through the brick wall" to arrive at Platform 9 3/4.

The Universal Creative team worked by Stuart Craig from the Warner Bros. film team to ensure authenticity, a news release says. That includes the paint and materials for the locomotive -- and its whistle.

A two-park admission ticket will be required to board Hogwarts Express, Universal had previously announced.

Universal has not released a grand-opening date for Diagon Alley. It says only that it will be open to the public sometime this summer. 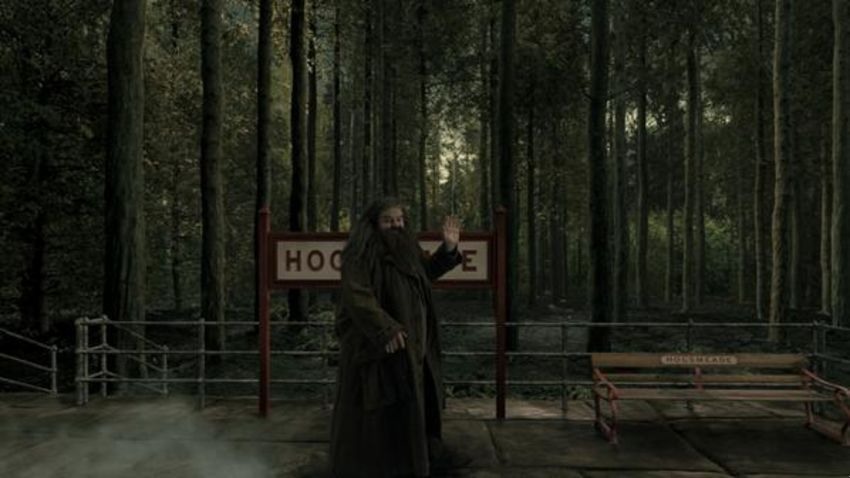