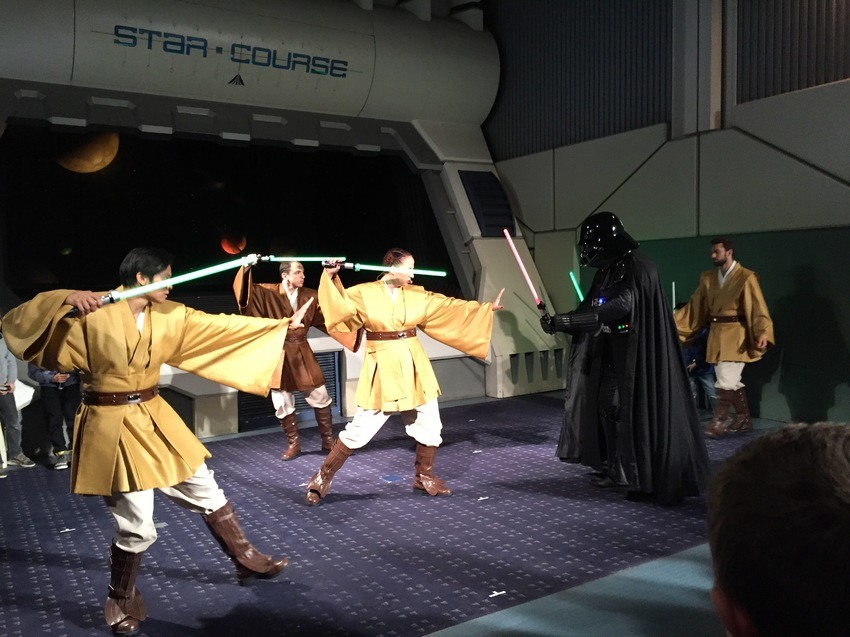 This is the year Star Wars comes back to the pop culture forefront, with the release in December of The Force Awakens, and new films coming regularly after that in the next few years. Clearly this fact, together with the purchase of Lucasfilm by Disney a couple years back, is what has finally inspired Disneyland Paris to fully embrace the ways of the Force: the renovation of Star Tours will begin next year for a 2017 opening; and this July, the Star Wars Jedi Training Academy will open its doors in Videopolis.

Last weekend I was lucky (being in the right place at the right time) to watch a special preview of the new show, that took place in the post-show area of Star Tours (yes, that room with all the arcade machines that we all have walked past a hundred times). And, being just a preliminary version of the show, I have to say that it shows a ton of promise. 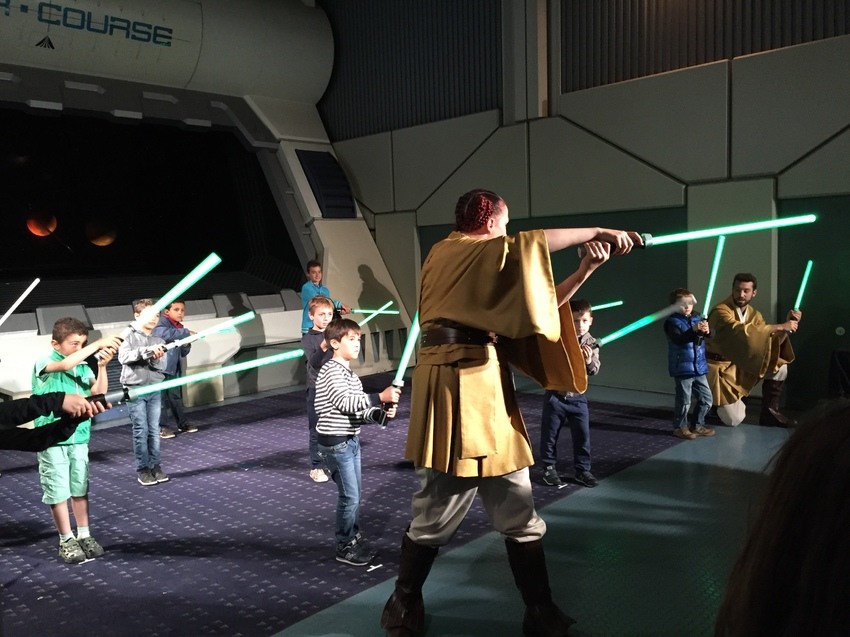 The basics are the same as in the existing Jedi Academies in other Disney Parks: a group of younglings join a Jedi Master to be taught the ways of the Jedi. Each young Padawan receives a Lightsaber and they are taught a series of defense and attack moves. Enter Darth Vader, and the young trainees should display they recent learnings to combat the Dark Lord, and its promises of power of the Dark Side.

Albeit the intimate setting, and the preliminary state of the show (we were assured at the beginning that what we were about to see was just a small part of the final product), the whole thing works as an entertaining product at all levels. It works for the young participants in the story, which looked wonderfully invested in the story they were taking a part of. And it also works for the audience, thanks specially to the amazing performance of the Jedi Master. She was strong, but kind, had the amount of gravitas needed for the role, amazing lightsaber skills, and to my ear, perfect English and French. Darth Vader had an imposing presence and the voice was just as I remember from the films. And the other Jedi Knights that participated in the show had great looks as well. 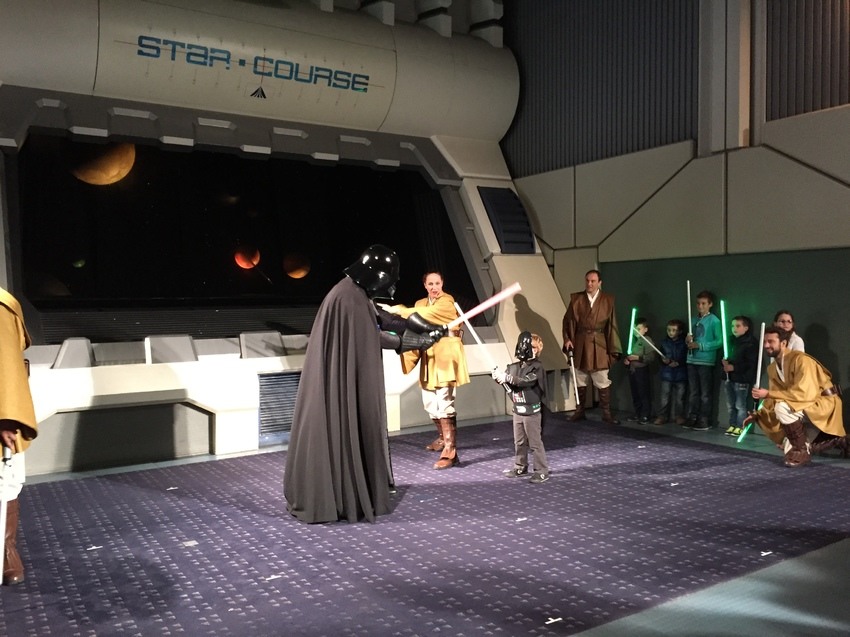 There were some elements that were different from the version I saw in Disney Hollywood Studios in Orlando. Obviously the setting was not as elaborate, but this was just a provisional stage, and I expect what we will find in Videopolis will be even better than the American counterparts, as it's a bigger and indoor stage. There were no Stormtroopers (again, I expect to see them in the final version), no Jedi robes for the Padawans (they need to wear them in the final show, otherwise why sell them in Star Traders?) and the Lightsabers were different.

About the lightsabers: is interesting that the Paris' version ones have light and sound effects of their own, while the Americans are the retractile ones you can get in the 'build-your-own' lightsaber in the shops. And I say that is interesting because I thing it will make a even better show, specially the light. In Orlando (and California too, I think) the show is performed outdoors, so even if theirs had light, you wouldn't notice. But Paris' Academy is going to take place indoors, so they can get really cool effects if they turn the lights down onstage and let those lightsabers swing about. I can't wait! 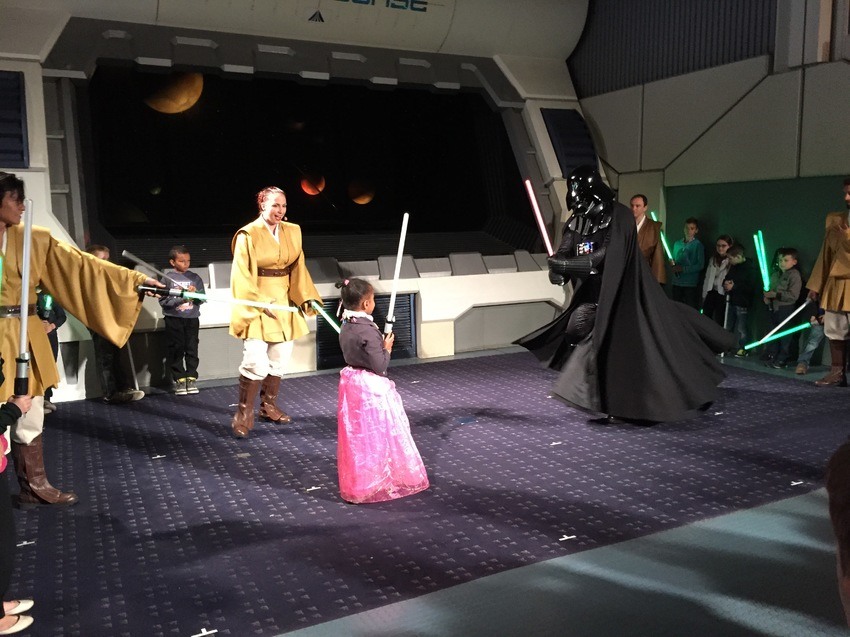 The Star Wars Jedi Training Academy open its doors July 11th, and being the second 'stage show' type of entertainment opening this summer in Disneyland Paris, it couldn't be a most welcomed addition to the parks. If it lives up to the promise that the preview showed, it will be a must-see for me every time I'm at Disneyland Park. The Force is strong with this one, indeed.