SeaWorld kicked off its 50th anniversary celebration on Friday morning with an event at SeaWorld Orlando, formally launching an 18-month "Sea of Surprises" campaign that will feature extra entertainment throughout the company's marine parks.

Orlando-based SeaWorld Entertainment Inc., which is spending $10 million on the campaign this quarter, is banking on the marketing blitz to help it reach through to travelers in a year in which Universal Orlando is opening its highly anticipated Wizarding World of Harry Potter – Diagon Alley and Walt Disney World is rolling out its billion-dollar "MyMagic+" technology project.

SeaWorld officials say it is one of the first times in company history that all three SeaWorld marine parks — in Orlando, San Diego and San Antonio — will be marketing in unison, amplifying the campaign's reach to consumers. The California and Texas parks are holding kick-off events this morning, as well.

"Anytime you have a marketing campaign, you're going to get some lift," SeaWorld Orlando President Terry Prather said. "But this is more about celebrating our legacy and letting people know that we're going to be around for a long time."

Unlike last year, when SeaWorld Orlando tried to woo travelers with a new Antarctica-themed land that was billed as the largest expansion in company history, the park this year will be touting smaller touches.

Sea of Surprises is built largely around beefed up in-park entertainment, with acts such as pop-up "splash dances" in which a landscaping crew will lose control of its hoses and sprayers and a "bubble blowout," in which a performer will ride around in a vehicle blowing bubbles of different shapes and sizes. The company is also adding more animal interactions and art installations.

"It's not as much about the individual that receives the surprise. It's about the people that are impacted when they see it, knowing that there's something different, it' s not what we would get on a normal day," Prather said. "There's definitely a ripple effect when it comes to guest satisfaction and it's really about guest anticipation."

The additions will also include a new evening killer-whale show during the summer. SeaWorld says it has spent more than a year developing the performance, which will be called "Shamu's Celebration: Light Up the Night" and replace "Shamu Rocks."

Rehearsals have begun at SeaWorld San Diego and SeaWorld San Antonio, though not yet at SeaWorld Orlando, where the killer-whale stadium is closed for renovations. The show will debut June 21.

Of the $10 million SeaWorld says it will spend on the campaign this quarter, about half will go toward advertising and half will cover increased operating costs. SeaWorld plans to run Sea of Surprises until about Labor Day in 2015, allowing the company to stretch the campaign through a pair of spring breaks and summers, two of its busiest periods. 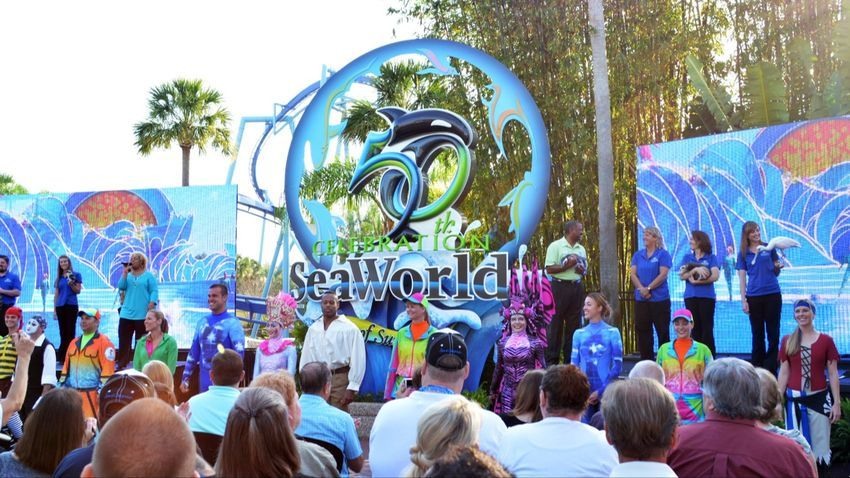 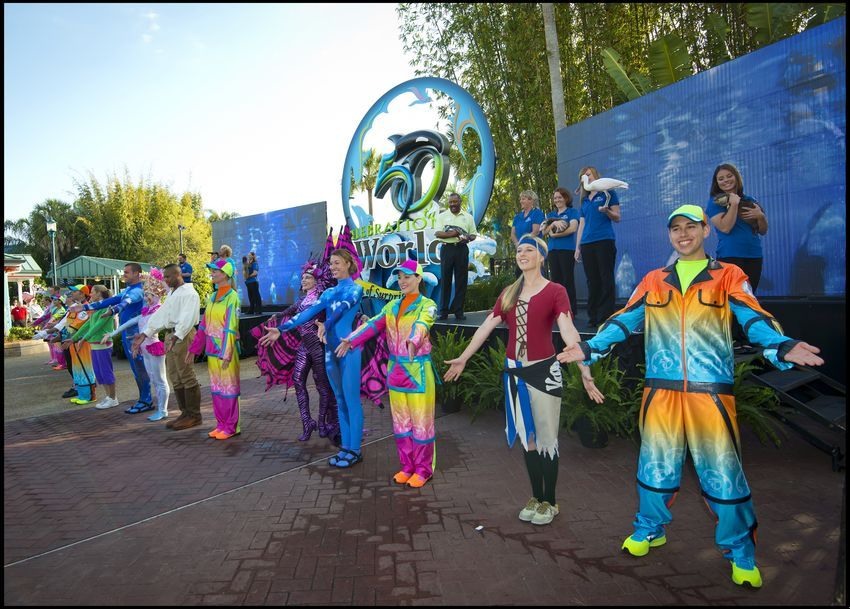 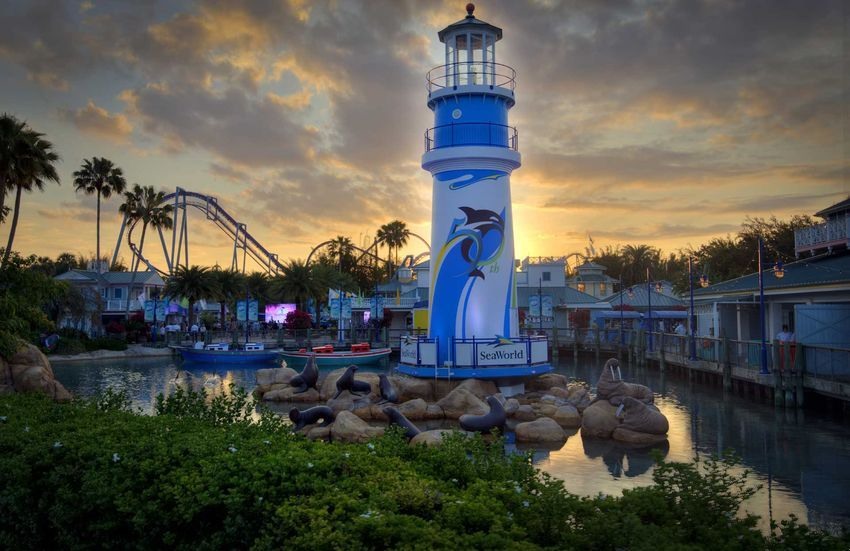