SeaWorld Entertainment Inc. said Wednesday that it has reached a tentative deal for a theme-park resort in the Middle East, which become the Orlando-based company's first overseas destination.

SeaWorld, which owns 11 parks across the United States, said it has signed a memorandum of understanding with a partner to "assess the viability of a multi-park development in the Middle East." It would not identify the partner, though SeaWorld said it was an entity with "an established track record of opening and operating world-class attractions."

SeaWorld executives said they are confident they will get a final deal done.

We feel very good about the likelihood of this discussion of coming to fruition of us building these parks," SeaWorld President and Chief Executive Jim Atchison said on a conference call with analysts. "I would say our confidence is very high in it."

SeaWorld would not say how many parks it is likely to build nor exactly where. The company announced plans under previous ownership in 2008 to build a resort in Dubai that would have had a SeaWorld, Discovery Cove and Aquatica, though it abandoned the project a year later amid the economic crash.

Executives signaled that they are likely to enact another round of ticket price increases at SeaWorld Orlando as early as Monday, just ahead of the Memorial Dayweekend. Atchison also said he was confident the company's flagship park would fare well this summer, even as Universal Orlando opens its much-anticipated "Wizarding World of Harry Potter — Diagon Alley."

"I'm sure our friends at Universal will do a terrific job with Harry Potter," Atchison said. But he added, "We feel very good about how we're positioned in Orlando." 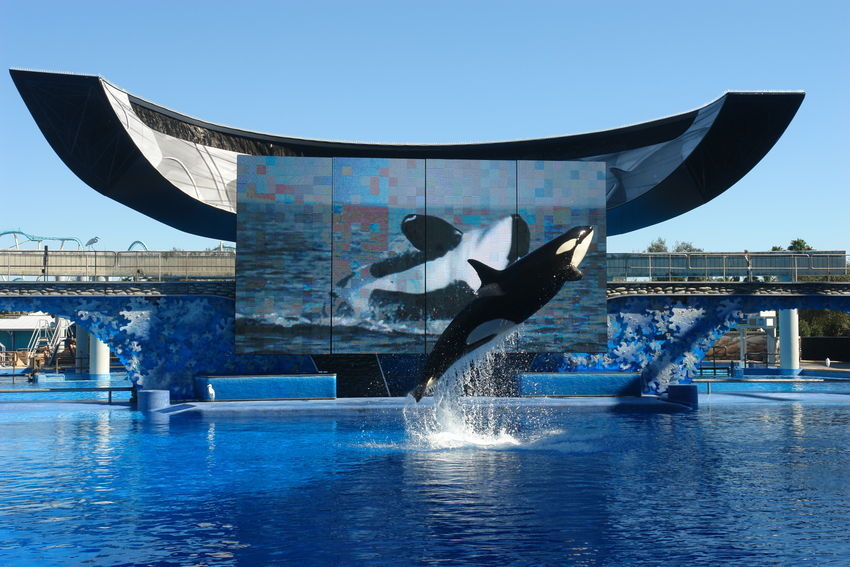