SeaWorld Entertainment Inc., SEAS +0.50% suffering from negative publicity and flagging attendance, announced Friday a new expansion of the habitats housing its signature killer whales.The company plans to upgrade the killer whale tanks at three of its theme parks, beginning with the San Diego location. The new enclosure in San Diego will be almost double the size of the current one, holding about 10 million gallons of water and extending to a depth of 50 feet. The company wouldn't specify the cost of the upgrades, only saying it would be several hundred million dollars.

SeaWorld Entertainment is locked in a battle with animal-rights activists, who say that training and publicly performing killer whales is an inherently cruel act. The documentary "Blackfish," which has been screened in cinemas and broadcast multiple times by CNN, raised these criticisms to a higher level of public awareness, and has harmed the company's financial results.

Jim Atchison, SeaWorld's chief executive officer, said the new facilities would set the standard globally for man-made killer whale habitats, but acknowledged they were unlikely to satisfy the company's most vocal critics. "It probably won't, and that's not our audience," he said. "Unfortunately there are some people who want nothing more than to see the end to the relationship between humans and animals, and that would be a sad outcome."

Instead, the company says the habitats will create new opportunities for scientific research into the animals.

The San Diego facility will include a "water treadmill" system letting the whales swim against a stream of moving water, allowing them more exercise but also opening the door to new research into how the animals burn energy. The system will be the first of its kind in the world, the company says.

SeaWorld's San Diego park currently keeps its killer whales in a habitat containing 5.6 million gallons of seawater, which is filtered and chilled to about 55 degrees Fahrenheit and drops to 35 feet at its deepest point. The new tank will have a total volume of more than 10 million gallons and hit a depth of 50 feet. It will also include a 40-foot high glass viewing wall.

Construction at the San Diego location is set to begin in 2015 and be completed by 2018, with similar upgrades planned for SeaWorld parks in Orlando, Fla., and San Antonio.

Mr. Atchison said he was confident the construction wouldn't have an impact on visitor numbers. Attendance at SeaWorld parks has fallen in four of its six most recent quarters, and dropped by 4.1% in 2013, with the company attributing much of that decline to increases in ticket prices. Total revenue increased by 3% last year to $1.46 billion, its highest ever, as average spending per visitor rose. 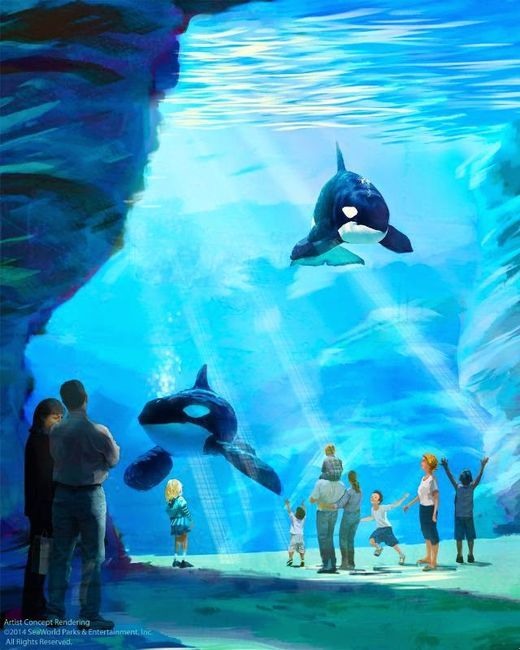 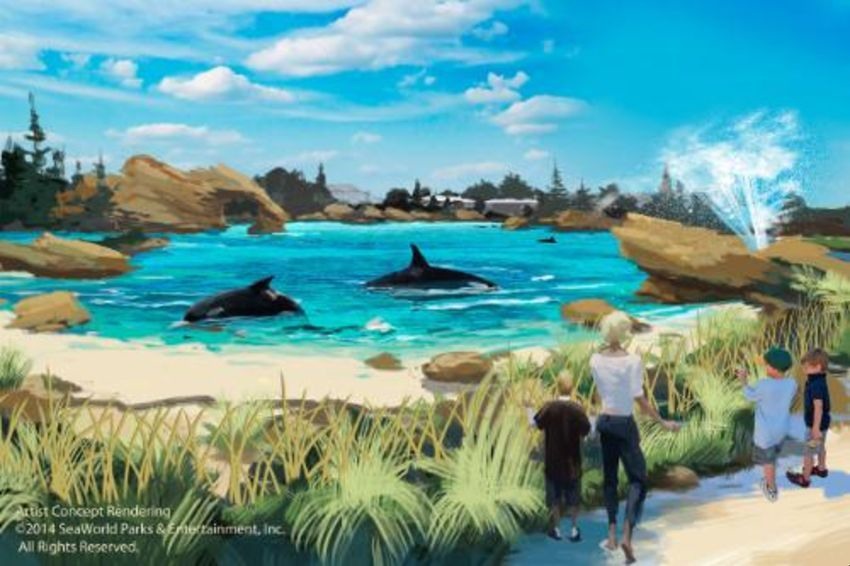 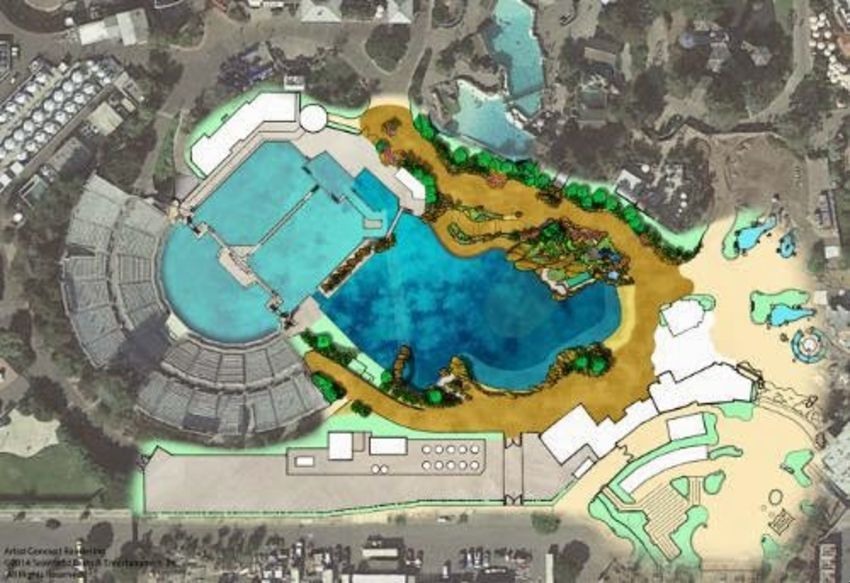