Twisted Colossus, the next generation of the beloved wooden roller coaster that thrilled millions of guests in its 36-year reign at the park, will be a unique technological marvel combining an iconic wooden structure with state-of-the-art Iron Horse Track. The advanced technology, available exclusively at Six Flags, provides ride experiences never before possible on wooden coasters, such as over-banked turns and inversions. Twisted Colossus will feature numerous exciting components including a "Top Gun" element, the western hemisphere's first "High Five" element, and a Zero G Roll.

"At Six Flags, innovation is in our DNA and with Twisted Colossus, innovation will go to an extreme level with record-breaking elements, faster speeds and steeper banks.  This cutting-edge technology marries the best of both classic and modern coaster designs. It is definitely a twist on a traditional wooden coaster experience," said park president Bonnie Rabjohn.

With its unique construction, Twisted Colossus will feature:

Twisted Colossus will be the focal point of the newly themed area, Back Alley, where guests can expect the unexpected through whimsical experiences in entertainment, food and retail.

The original Colossus wooden coaster opened on June 29, 1978 and offered its farewell run on August 17, 2014.  Construction on Twisted Colossus is already underway. For more information about Twisted Colossus (including a video), visitwww.sixflags.com/magicmountain. 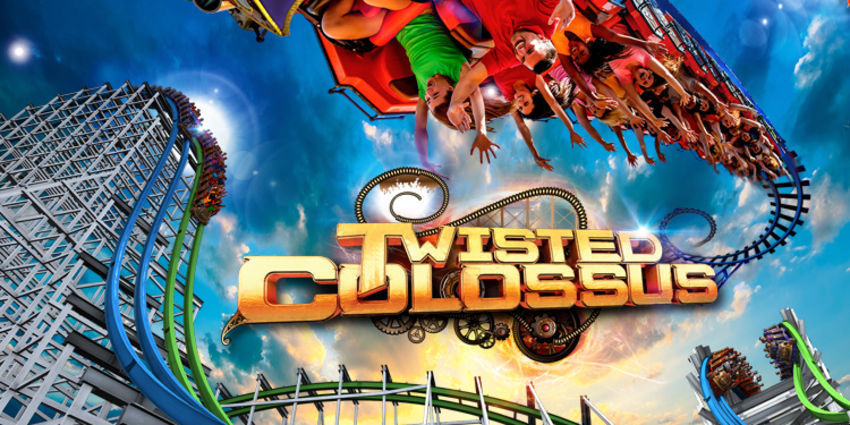