Get ready to live an adventure 65 million years in the making... in 'Jurassic Park The Ride', in 'Universal Studios Hollywood'.

Welcome to Jurassic Park! You have just arrived to Isla Nublar, where the most technologically advanced theme park has just opened. A park where dinosaurs share the world with humans. You are going to take a nice and relaxing ride through the river that crosses the island, to discover the amazing and gentle herbivore dinosaurs that inhabit it.

But things get ugly when the boat takes a wrong turn and gets inside a restricted area. And the security systems in the fences of the not-so-nice dinosaurs have been compromised. You find yourself inside the Environmental Systems Building, but you are not alone...

Discover the amazement, the adventure, and the adrenaline of prehistoric times in 'Jurassic Park The Ride'

The ride is based in the Michael Crichton novel and the film by Steven Spielberg. It was designed and built while the film itself was still in production.

When it opened in 1996, cast members Jeff Goldblum, Ariana Richards, and Joseph Mazzello attended the opening celebrations. Steven Spielberg was there as well, but requested to be let off of the ride before the final drop.

During Halloween Horror Nights in 2009, the ride was temporarily renamed 'Jurassic Park in the Dark'. Most of the lights in the final part of the ride were turned off and replaced by strobe lights, and Guns 'N' Roses 'Welcome to the Jungle' replaced the Jurassic Park score.

When it opened, the final drop was the highest water drop ever built in a theme park.

The ride uses more than 5500 liters of water to operate.

The production costs of the attraction were around $110 million, which is almost twice as expensive as the movie ($63 million).

The community has shared awesome photos and videos of this experience. Join them and share your photos 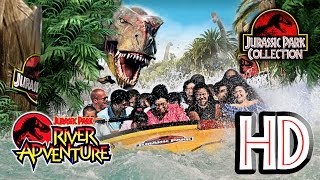 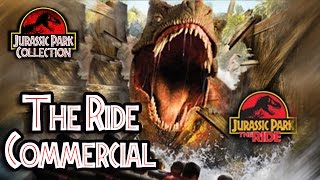 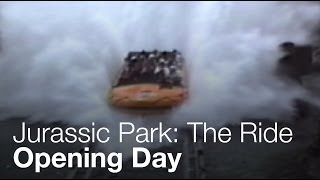 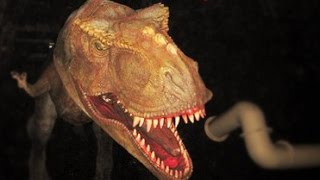